Psychologist Hermann Ebbinghaus discovered that without reinforcement or connection to previous knowledge “roughly 56% of information is forgotten in one hour, 66% after a day, and 75% after six days.” This became known as Ebbinghaus’s forgetting curve.

Forgetting curves happen because the human memory weakens over time. You may know someone that claims to “have a steel trap memory,” but human memory is imperfect. The more time that passes, the less we accurately remember. Even “flashbulb memories,” which were thought to be “accurate, long lasting, and detailed memories linked to highly significant, emotional events” have been proven to be “just as prone to forgetting & change as other episodic memories.”

So, how does the forgetting curve impact business operations?

Through daily activities, long term memory is not as important. In fact, the database functions as the organization's long-term memory for operations and is crucial for best practices and documentation.

If it's not documented, it didn't happen.

But what if your desk-less workers are the ones who are generating most of the data? When MRO teams are completing work orders, shift handovers, or H&S reports, they are needing to actively use and rely on their memory until they can complete their reports.

For example, Jane needs to remember the details of her near-miss for a safety report involving a forklift defect, but is tied up for the next 3 hours with on-site training. Jane continues with her training and retains the information she just learned, but forgets to report on the near miss event. The next day, John operates the same forklift with the false understanding that it is fully operational. The same defect occurs with the forklift as John is operating it. As a result of this defect, John suffers a physical injury and causes damage to the warehouse. Had this defect been reported in real-time, this accident would have been prevented. When data is not collected in real-time, this is when memory loss occurs and crucial data is lost - resulting in significant safety incidents, operational deficiencies, unstructured and minimal reporting, inefficiencies, and overall bad practices.

Imagine you're a technician. You're spending three hours on one single job out on one of the generators, and you finished that job and you’ve got to remember everything that you did while also having not enough time of the day to go on report against that. Quality of information is really poor and that's one of the pain points that we're also solving by moving into this real-time knowledge capture. Capturing that knowledge as the knowledge is being generated is very important.

When desk-less teams document events in ERP systems, important data is almost always lost. The more time that passes before documentation occurs, the less data is retained. If workers are documenting an hour later, they’ve already forgotten ~56% of the information. Teams that struggle with mobility might complete all data collection at the end of the day, but over 60% of crucial information has already been forgotten by this point.

Datch specializes in mobility for desk-less workers for a friction-free and natural experience that allows workers to interact with their systems, the way they would with a co-worker.

We treat our users as the most important stakeholders because UX matters. We want to give them that delightful experience. And the default way of interacting with those systems is constantly trying to juggle all these different processes across different systems. You’ve got to spend a week in training every year, you tend to do it wrong anyway (through no fault of your own), and you just don't want to deal with it.”

We can't change how the human brain works, unless you’re Tony Stark. But you can improve workflows for operations teams that ease the burdens of forgetting curves. Do you want the ability to instantly capture data instead of losing it? You may want to consider digitizing with Datch.

See for yourself how easy it is to report a hazard with Datch: 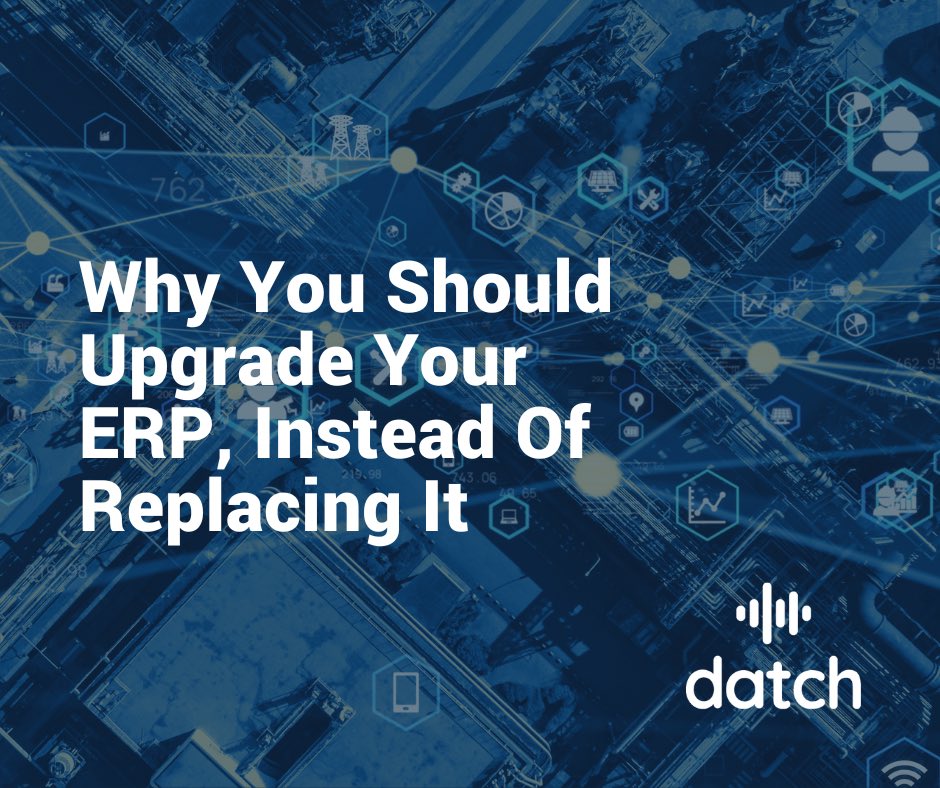